CALERA – A Calera man charged with sexual abuse in two different cases is set to appear in court in early October. 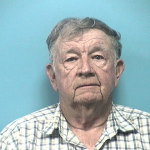 Two weeks later, a second warrant was issued for Horton’s arrest for second-degree sexual abuse. Horton was arrested on Sept. 5 and released on a $3,000 bond, according to jail records.

Horton is currently set for an arraignment hearing Oct. 2 for the first charge with Judge Dan Reeves at 8:30 a.m. Horton will appear before Judge Ronald Jackson at 8:30 a.m. Oct. 7 regarding the second charge. Both hearings will be at the Shelby County Courthouse.