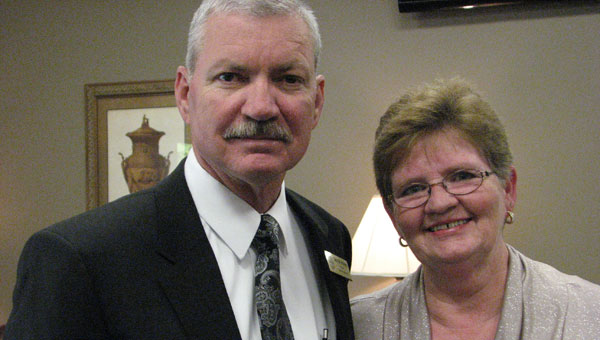 “To provide servant leadership to employees, residents and businesses of Pelham,” is one of Mayor Gary Waters’ top priorities. He has not only done that for his city, but for his state and nation, too.

A former fire chief, Waters was elected as mayor of Pelham in August 2012. He is currently serving his first term.

There’s not a whole lot of difference in his former and present occupation – either way, he constantly has to put out fires. The good news is that he is educated, trained, experienced and prepared to do so.

Waters graduated from Baldwin County High School and trained as a military firefighter in the United States Army, where he was also trained as a crash/rescue specialist. He completed the paramedic program at the University of Alabama at Birmingham and Army Officer’s Candidate School at Fort McClellan.

Waters is a living organ donor and is married to Lynn Edington-Waters. They have three children: Kyle, Zachary and Emilee. They also have two grandchildren.

Bedsole serves all over the world

Dena Bedsole, left, with one of her patients in Kenya. (Contributed) By SANDRA THAMES / Community Columnist When a co-worker... read more