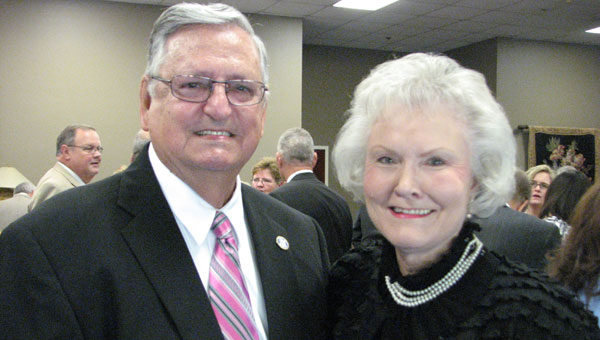 Chelsea Mayor Earl Niven and his wife, June, have been married 47 years. (Contributed)

Chelsea is a one-mayor city. At its helm since its inception is Mayor Earl Niven. For 17 years, Niven has watched his city turn into a thriving area in what once was empty land alongside Old Highway 280. Things have certainly changed.

Niven grew up in Chelsea. He attended Chelsea Elementary School and Shelby County High School. He graduated from the University of Montevallo.

He was the first high school math teacher at Chelsea High School, before going work for Alabama Power Company, where he had a 28-year career. He is now a full-time mayor.

Niven and his wife, June, have been married for 47 years and are members of Liberty Baptist church. They love to travel and have visited all 50 states, but only one place is “home.”

The city of Chelsea is more than a one-mayor city. It is all about family, trees and growth. The city’s motto is “It’s all about family” for a good reason. Ranked the No. 1 city for families in Alabama, it is also one of the fastest-growing cities in Shelby County and the state. Located off Highway 280, the busiest highway in the state, Chelsea is a quiet, prosperous city with small-town charm and a personality of its own. Niven has reached his goal of making Chelsea “the most family friendly city in the state.”

Chelsea has also been named a Tree City by the National Arbor Day Foundation and has its own Tree Commission. It is committed to community forests and has received the prestigious national recognition for six consecutive years.

Chelsea is also known for its quality educational opportunities, business communities and new neighborhood developments. A fairly young city, it was incorporated in 1996 with a population of only 906 citizens. Today, Chelsea has a population of more than 10,000 citizens. The fast growth of the area is attributed to growth coming out of Jefferson County and new home construction and businesses as a result of that growth.