Montevallo gets new bed and breakfast 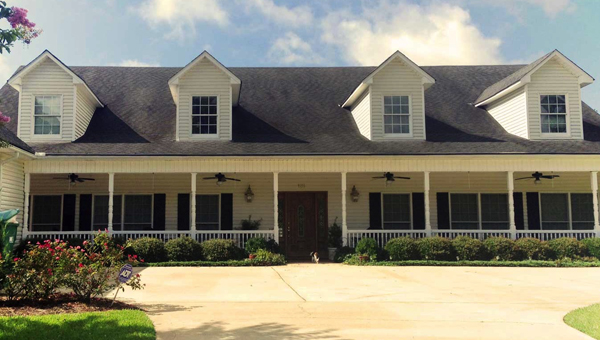 MONTEVALLO – It’s not every day that a home stays on the market for more than a year before it’s transformed into a bed and breakfast, but that is exactly what happened to a home in Montevallo.

Formerly owned by Alabama state senator Hank Erwin, the 5,500-square-foot home was bought by husband-and-wife duo Caleb and Denise Walsh after the house had been on the market for more than a year. After renovating several rooms, the couple opened Independence Inn, bed and breakfast, on Labor Day weekend.

The inn has been booked nearly ever weekend since and is nearly booked through the end of the year, Denise Walsh said.

“We always thought it would be kind of fun to run a bed and breakfast,” said Walsh, who was involved in real estate investment in Orlando before moving to Montevallo. The business idea came to the couple while they were visiting relatives in the Birmingham area. When they considered the home’s close proximity to American Village, a popular wedding destination in the Montevallo area, she said, “Let’s move up there, and let’s do this thing.”

The inn features four bedroom suites each with its own bathroom, as well as two kitchens, a hot tub, two large sun rooms, a porch and a large, private backyard. Rates range from $89-$109 per night, with each room named and decorated with a different theme.

The Senator’s Room is the largest and most elaborate of the four rooms and includes a luxury master bath and breakfast nook. Another room, called “The Gazette,” is inspired by the 1950s and is decorated with newspapers.

Morning meals, like the rooms, are also one-of-a-kind. The Walshes enjoy cooking and make gourmet breakfasts every morning for their guests, catering both the dishes and breakfast times to their guests’ needs.

“We like to give them hot breakfast when they wake up, so we cater it to their wake up times,” she said. In the past, the Walshes have made Belgian waffles, eggs Benedict, gluten-free meals and other specialty foods.

For anniversaries, the inn also offers packages that include two-dozen roses, wine and a fruit and cheese platter.

“We’re probably looking to expand sometime next spring or next summer,” she said. “We’re looking to add 2-3 more roomed suites with bathrooms, but we thought we’d start small and expand from there.”

Independence Inn is located just one mile from American Village at 123 Country Hills Road, Montevallo. For booking information, call the inn at 358-8866 or book online at Independencebnb.com or Bedandbreakfast.com.

By NEAL WAGNER / City Editor An Alabaster resident is looking to help local women unwind and relax during the... read more