Show thanks by awarding good deeds 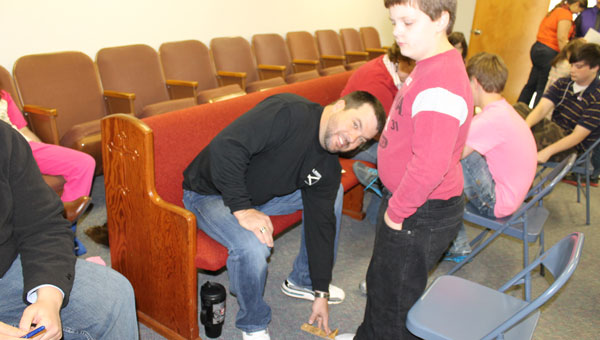 In the few short months that I’ve been with the Shelby County Reporter, I can’t begin to count the number of people I’ve met who seem to care more about others than they do themselves.

Take, for example, James White and Kim Mashego, both of whom I met this week.

White is a Master Mason and a member of The Scottish Rite, a branch of the Masonic Fraternity. Alongside a host of other Masons, he helped fit foster children with shoes Nov. 9 as part of the group’s annual community outreach program. Nearly 100 kids will be given brand-new shoes in December because of the group’s efforts.

Mashego, the director of the Shelby County Department of Human Resources, was also a part of the event, helping connect the Masons with foster families throughout Shelby County to make the event possible.

But I didn’t just run into Mashego once this week. I saw her again at the Columbiana public library Nov. 21, where she was helping coordinate a celebration in honor of National Adoption Month, which is celebrated annually to honor those who help connect foster children with loving families.

Shelby County Probate Judge Jim Fuhrmeister, who was adopted himself, served as the guest speaker for the event, and I don’t think he could have said it any better.

Speaking to DHR employees and foster and adoptive parents, he said, “The impact that you are having is so much greater than you can really see or imagine.”

I ask you to pause and think about what others have done.

We all know how thankful and honored we would be to win an award ourselves, so why not make that special moment possible for someone else? It’s Thanksgiving. Let’s show those doing good work that we are indeed thankful for what they do.

Stephanie Brumfield is a staff writer for the Shelby County Reporter. She can be reached at 669-3131 ext. 16.