COLUMBIANA – An inmate of the Shelby County Jail was hospitalized around 3 p.m. Dec. 9 after sustaining serious injuries and being treated by medical personnel at the jail, according to a Shelby County Sheriff’s Office press release.

Steven Ray Dismuke, 44, of Jakin, Ga., was injured when he fell, the release said. A preliminary investigation revealed that Dismuke’s injuries did not occur as a result of actions taken by other jail inmates or jail personnel, the release said. 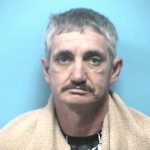 Shelby County Sheriff Chris Curry has asked the Alabama Bureau of Investigation to investigate the events leading up to Dismuke’s injuries. More information will be released as it becomes available.