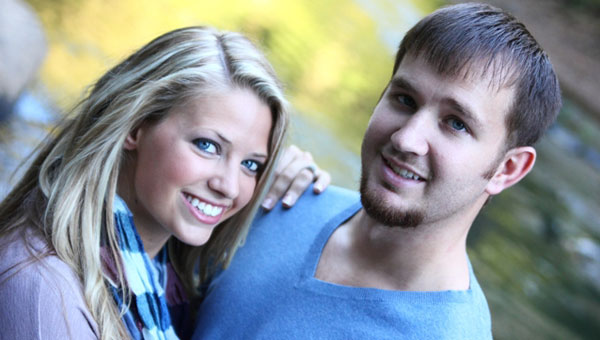 Julie and Derek Merchant and Randy and Michelle Jones are excited to announce the engagement of their daughter, Samantha Jones of Columbiana, to Travis Watkins. Travis is the son of Gary and Michelle Watkins and the late Theresa Watkins of Tuscaloosa.

The bride is the granddaughter of David Gupton and Barbra Pickett of Ashville and JT and Geraldine Jones of Columbiana. She graduated Shelby County High School in 2009 and is a 2013 graduate of the University of Alabama where she majored in criminal justice. She is employed at Alabama Therapeutic Education Center in Columbiana.

The groom is the grandson of Vernon and Sue Leslie and of Ed and Betty Jo Watkins of Tuscaloosa. He attended Shelby County High School. He is attending college at Jefferson State where he is pursuing the major of applied science in networking. He currently is employed by Reno Refractories.