HOOVER — Hoover Police have obtained a felony warrant for a 37-year-old man who took his 3-year-old son from the child’s mother. 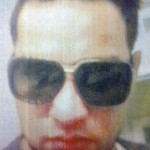 Johan Zameen Khan, who does not have custody rights, traveled to Arkansas in early December to take the child. It is believed that Khan brought the child back to Alabama, Hoover Police spokesman Capt. Jim Coker said. In addition to the Alabama warrant, there is an active order of protection in Arkansas against Khan.

Khan is described as a 5-foot-8 Middle Eastern male who weighs 185 pounds and has brown eyes and brown hair.