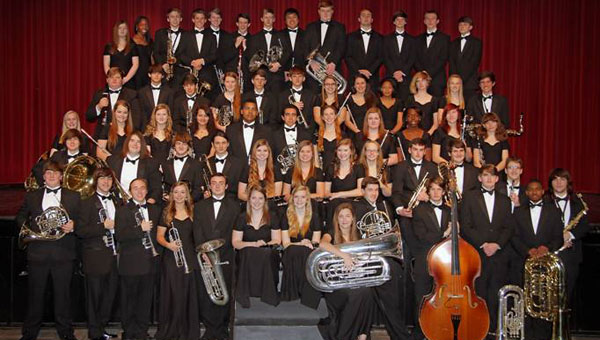 Thompson High School’s Wind Ensemble has been recognized as one of the best in the nation. (Contributed)

The 65 members of the Thompson High School Wind Ensemble have achieved a level of national recognition.

In November 2013, Thompson High School Band Director Jon Bubbett filed an application along with the proper letters of reference and recording of their music to the regional committee of the National Band Association.

The NBA executive administrator is in charge of the administration of the award, including the collection of all applications and distribution to the appropriate NBA Division Chairs who oversee the first two rounds of applications.

Winners are then forwarded as National Finalists to the national level for consideration. Upon receiving notification that the ensemble had qualified regionally, Bubbett then applied to Chicago for the national level of competition.

The Wind Ensemble was recently notified that they had won the “Blue Ribbon Award.”

All division and national Blue Ribbon Award recipients will be featured on the NBA website and also listed in the spring edition of the NBA Journal. Only six schools in the United States received this prestigious award. What an honor this is for our band, school and community.

On Jan. 23, the THS Ensemble will have the honor to perform at the state In-Service Conference to be held in Montgomery at the Performing Arts Center. This is the third time in the past 15 years that the group from Thompson has received this honor. At that time, a representative of the National Band Association will personally present the “Blue Ribbon Award” to the Ensemble.

This is just one more example, not only of the excellence of our students, but of the educators who teach them.

By SANDRA THAMES / Community Columnist Even before her official graduation from Aveda Cosmetology, Jessica Moore had the promise of... read more