Goke reenlists in the U.S. military 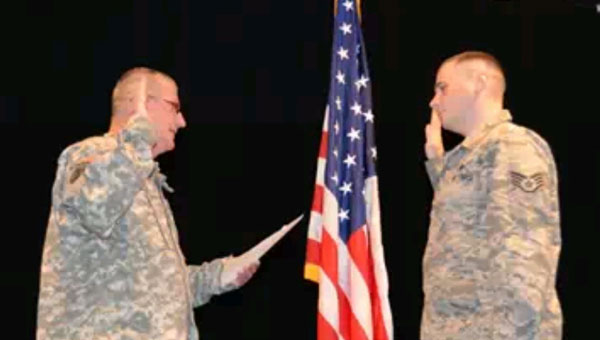 Goke is part of a small active duty squadron attached to the 117th Air Refueling Wing after receiving a humanitarian reassignment in 2012 due to his stepfather being terminally ill. His stepfather, James Holcombe Jr., was also a Montevallo native.

Goke says he joined the United States Air Force after 9/11 and loves serving his country, whether at home or abroad.