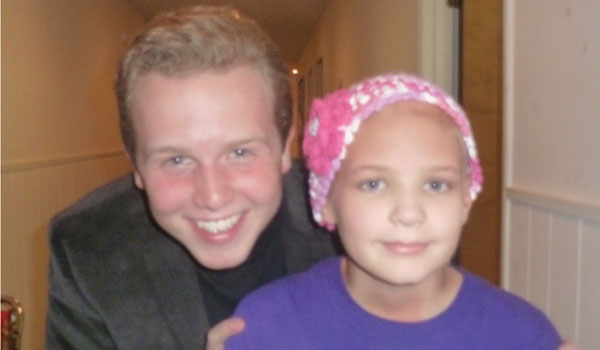 The family of Mollie Wilder, a 10-year-old Fourmile resident being treated for cancer, has asked community members to donate platelets to help with her treatment, according to a family friend.

Sheri Booth, a friend of the Wilder family, said Mollie Wilder, who was disagnosed with Stage 3 Anaplastic Ependymona in August 2013, found out her platelet count was low during a routine check up.

The hospital was able to locate RH negative platelets for Wilder, whose counts were up at her next checkup on Jan. 27.

However, Wilder will have to undergo another round of chemotherapy next week and will need more platelets. Booth encourages anyone who is eligible to donate platelets to the Red Cross or LifeSouth.

“It is a challenge during this particular time especially,” she added, citing the cold weather and school closings as reasons many regular donors are unable to donate.

“Children’s is our number one user in platelets,” Garrett said. “We’re having difficulty collecting right now.”

Platelet donations have a five-day shelf life, so donation centers are always in need of more donors, Garrett said.

RH negative platelets can be donated directly to Mollie at Red Cross and LifeSouth with a physician’s approval.

For more information about donating platelets, visit Redcrossblood.org or Lifesouth.org.

FROM STAFF REPORTS MONTEVALLO—For the third consecutive year, the University of Montevallo Opera Ensemble, under the direction of Dr. Charles... read more