The Shelby County Sheriff’s Office is seeking the public’s help to find two 14-year-old boys who authorities believe ran away from home. 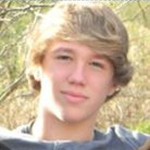 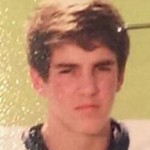 Stern is a white male who stands 5-foot-8 and weighs about 130 pounds with blond hair and blue eyes. He was last seen wearing a black hooded shirt and blue jeans.

Sweeney, also a white male, stands 5-foot-10 and weighs about 160 pounds with brown hair and brown eyes. He was last seen wearing a black sweatshirt and blue jeans.

Anyone with information about Stern and Sweeney or their whereabouts is urged to call the sheriff’s office at (205) 669-4181 or the Secret Witness line at (205) 669-9116. The public also can submit information at www.shelbyso.com by clicking on the “Report Criminal Activity” link and choosing the “General Information” category.

In addition, the public can submit information through the National Center for Missing and Exploited Children’s website at www.missingkids.com or call the 24-hour hotline at (800)-THE-LOST.