School closings not an easy decision 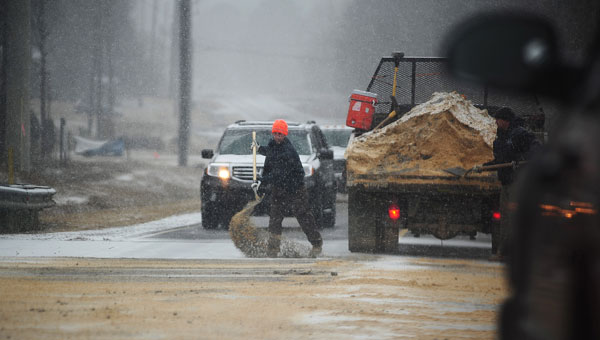 School leaders made the right decision to err on the side of caution last week after Jan. 28 caught us off guard. (File)

I feel for the folks who had to make quick decisions affecting tens of thousands of Shelby County residents as severe winter weather threatened Shelby County last week.

No matter which decision they made, there were sure to be some who disagreed with it.

Beginning last Tuesday, all weather forecasts pointed to a potential significant winter weather threat each day for three days. Fortunately, the majority of the county missed the worst of the winter weather, which hit other parts of the state hard the night of Feb. 12.

According to the National Weather Service, conditions were ripe for us to receive significant amounts of ice and snow all three days school was canceled last week.

Like thousands in Shelby County, I found myself trapped at a local school – though thankfully not all night – on Jan. 28 when our communities were caught relatively off guard by a blistering winter storm.

While I was stuck at the school that night, and while visiting other schools on Jan. 29, I saw teachers showing a tremendous amount of care and sacrifice while doing everything they could to make life easier for the children who were separated from their parents overnight by the icy road conditions.

The school staff members all did a great job during that weather event, but I don’t think anyone wants to repeat it anytime soon.

The schools were caught off guard on Jan. 28 because weather forecasts placed the worst of the storm south of Shelby County. From Feb. 11-13, the forecasts predicted Shelby County could be in the storm’s crosshairs, placing school leaders in a tough spot.

Using those weather forecasts, the school leaders made the difficult decision to close schools those days. While speaking with officials each night they decided to close schools for the next day, I could honestly tell painstaking thought went into those decisions.

In hindsight, severe weather conditions did not materialize in Shelby County last week, and kids probably could have made it to school safely those days. But I don’t fault our school leaders at all for erring on the side of safety.

We don’t ever want another Jan. 28 situation.

Neal Wagner is the Managing Editor for the Shelby County Reporter. He can be reached at 669-3131 ext. 11 or by email at neal.wagner@shelbycountyreporter.com.