BIRMINGHAM — The Calera Eagles’ girls basketball squad magical season continues, thanks to a buzzer-beating jump shot by Tyesha Haynes that propelled the squad past Anniston, 45-44.

The Eagles came out shooting, going up 5-0 to start the game courtesy of Breonna Caldwell and Kalen Starks.

The Bulldogs then reeled off a 6-0 run to take the lead before a Haynes bucket put the Eagles up 7-6.

From there, it began to look like the Bulldogs would take control as the Bulldogs reeled off 12 consecutive points to take an 18-7 lead. Two free throws by Keyanna Gayden cut the lead to nine, and the Eagles began to gain momentum. A Haynes 3-pointer with 2:10 left in the half kicked off an 8-0 run, as A’kia Harris added a basket before Haynes hit another three just before half to cut the lead to 21-17.

The second half began much like the first ended, as Haynes drilled another three to pull within a point at 21-20. A Harris bucket and a trip to the charity stripe by Haynes gave the Eagles a 24-21 lead. 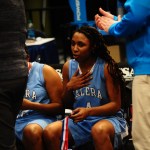 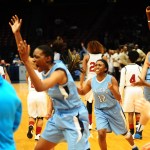 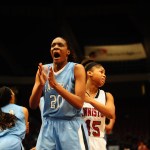 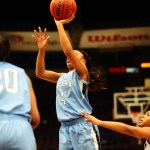 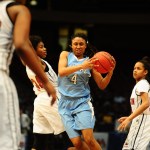 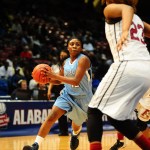 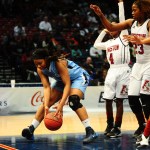 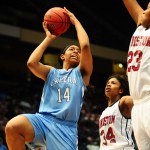 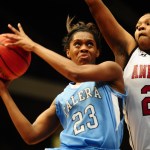 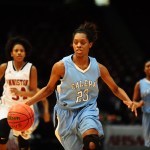 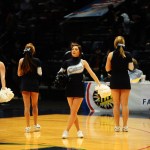 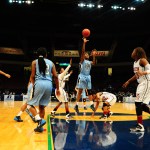 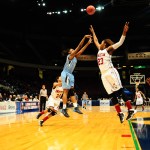 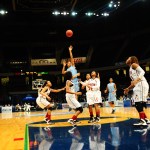 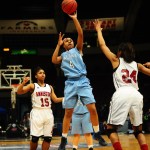 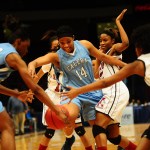 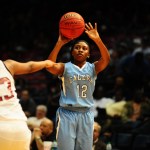 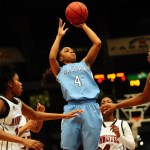 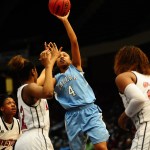 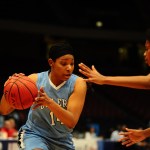 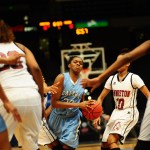 Two Bulldog baskets gave them a 25-24 lead, but a basket by Haynes, a 3-pointer by Starks and another bucket by Haynes put Calera up 31-25 with under three minutes to play. Anniston managed to put up a bucket before the end of the quarter, but the Eagles held a 31-27 lead after three.

Two Bulldog free throws cut the deficit to two with 6:51 left in the game, but Starks responded with a basket and Caldwell drilled a three to extend the lead to 36-29.

The game then became a back-and-forth affair, with both teams scrapping for every basket, rebound and loose ball. A pair of buckets by Anniston’s Quanetria Bolton whittled the Calera lead to 37-35.

Down 41-39 late in the going, the Bulldogs launched on the offensive. Bolton tied the game on a layup and Marticia Jackson gave Anniston a 44-41 lead and the momentum with a huge three with just over a minute to play.

Haynes then took over, sinking shots from the charity stripe to pull within one at the one-minute mark. With just 30 seconds to play, Anniston’s Raven Cooley missed the front end of a one-and-one, with Gayden pulling the rebound down. A scramble ensued, and Tia McCarter fired a three that fell short and into the hands of Bolton, who passed it out to Cooley. Cooley missed the layup as Gayden snatched it down, kicking it back up court.

The ball found its way to McCarter, who again missed a three, this time with six seconds left. Haynes grabbed the loose ball and tipped it in as time expired to give the Eagles the win, and punched their ticket to the AHSAA Class 4A State Championship game.

Head coach James Knowles said he was proud of his team’s effort.

“This game is really special,” he said. “We knew we’d have to keep it close. (It’s) a feeling like I’ve never had before.”

Haynes, who led Calera scoring with 24 points, said she was speechless.

“I have no idea how I got that rebound,” she said.

Starks finished with nine, and Harris and Caldwell both had six apiece.

The Eagles now move on to face the Oneonta Redskins March 1 at 9 a.m. at the Birmingham-Jefferson Civic Center.

By DREW GRANTHUM/Sports Writer The story above involving Maddie Bentley was a fun one to work on, because of how... read more