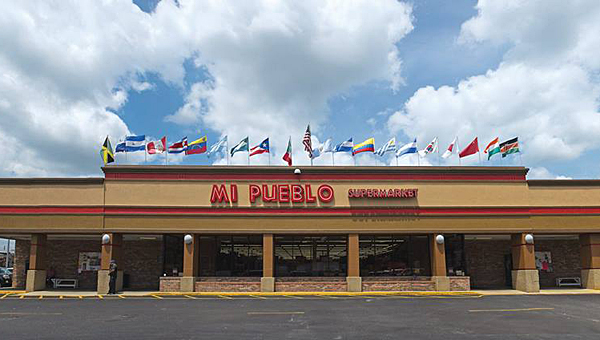 Pelham city representatives, government officials and police officers will meet with members of the city’s Hispanic community during an upcoming meeting at the Mi Pueblo supermarket.

The meeting will be held at the supermarket, which is off U.S. 31 about a half-mile south of Pelham City Hall, on Sunday, March 23 from noon-2 p.m., Pelham Mayor Gary Waters announced during a Feb. 27 town hall meeting at the Pelham Civic Complex.

“The last census showed that 15 percent of our city’s population is Hispanic,” Waters said. “Especially at a time when we are building a new school system, we need to include all our neighbors.”

Waters said city leaders attempted to hold a Hispanic town hall meeting at the Civic Complex in September 2013, but said it was not well-attended.

“We agreed to a turf that was agreeable to them,” Waters said of holding the meeting at Mi Pueblo, noting the meeting will be open to everyone. “I don’t like the idea of having separate town hall meetings, but you’ve got to start somewhere.”

Waters said House Bill 56, which deals with illegal immigration and was enacted by the state in 2011, has caused many Hispanic residents to become wary of government officials.

“I’m a pasty white guy, and there are some things in that bill that intimidate me,” Waters said during the meeting. “I can understand why some of them would be intimidated by it.”

The Hispanic Interest Coalition of Alabama is partnering with the city to host the meeting, which will feature translators and bilingual police officers to help bridge the language barrier.

“I’m excited about it,” Waters said after the Feb. 27 meeting. “We want to let them know that we are here to serve them just like everybody else.”