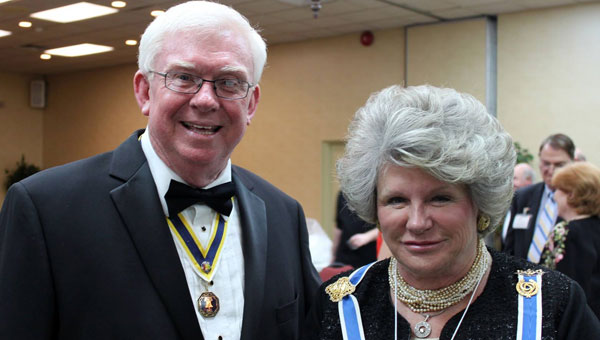 Seales joined the SAR in 1999 through the lineage of his fourth great-grandfather, Revolutionary War soldier David Lindsay, from whom the Revolutionary War memorial rock is named at American Village. Seales has two other SAR ancestors, John Horton and Charles Seale.

Seales was a charter member and founding president of the SAR Cahaba-Coosa Chapter and is also a member of the Birmingham Chapter. For his many contributions to SAR, Seales has been recognized as a George Washington Fellow, received 11 SAR’s Certificates of Distinguished Service, the Liberty Medal and Meritorious Service Medal.

Born and raised in Alabaster from pioneer Shelby County settlers, Seales has been interested in genealogy and history all his life. Known as “Mr. Shelby County,” he has done much to preserve the history of Shelby County. The Shelby County Museum and Archives under his leadership is one of the historical treasures in Alabama with the preservation of documents records and collection of artifacts on display.

One of his most outstanding accomplishments is the Shelby County GenWeb project (www.rootsweb.ancestry.com/~alshelby). It is a free searchable database to help genealogists with research. Under Seales leadership, the Shelby County Historical Society has grown from 200 to almost 900 members.

Seales is a life member of the Alabama Association of Historians from which he received the James Ray Kuykendal Historical Society Award, the most outstanding award presented by this society. Seales is president of the Shelby County Historical Society, executive director of the Shelby County Museum and Archives and board member of the Columbiana Merchants and Professionals.

He has been grand marshal of Columbiana’s Liberty Day Parade and Westover’s Christmas Parade. He is a graduate of Leadership Shelby County and member of Alabama Cemetery Preservation Alliance, Alabama Baptist Historical Commission, Shelby County Tourism and Hospitality Association, First Families of Alabama and many other historical associations.

Bobby Joe and Diane Brandenburg were married on Dec. 6, 1969, and they have two sons Mike (Michelle) and Josh (Lauren) and three grandchildren, Madelyn, Molly and Parker.