NORTH SHELBY — Commercial realtor Arnold Mooney said his campaign for the House District 43 seat boils down to two things — the contributor and the consumer.

“You have to be a positive contributor to find solutions for Alabama’s problems. You can’t be just a consumer,” Mooney said in a March 17 interview.  “You have to possess a hard work ethic and strong moral values.” 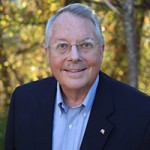 Mooney, a Montgomery native, is a graduate of Samford University and served as McClurkin’s campaign chairman for the past 12 years. Mooney and his wife, Kelly, director of admissions at Briarwood Christian School, have three adult children, all of whom are Briarwood graduates.

Prior to serving as McClurkin’s campaign chairman, Mooney was a staff assistant for the late U.S. Sen. James B. Allen of Gadsden and also ran Alabama legislative races for the House and Senate. Additional information on Mooney’s background is available at his campaign website, ArnoldMooney.com.

If elected, Mooney said he “will provide a seamless transition from McClurkin’s outstanding service to continued strong, effective leadership as a constitutional conservative.”

“I want to see north Shelby County and the state of Alabama grow and prosper,” Mooney said. “The important thing is to not fight, but to solve problems.”