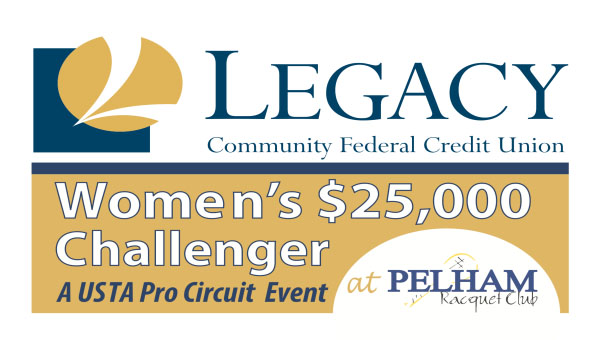 The Pelham Racquet Club gears up to host the Legacy Credit Union Women’s $25,000 Pro Circuit Challenger from April 6-13. This year’s tournament features women from 20 countries and admission is free to all. (Contributed)

“You meet people from all over the world, it’s interesting to see all the hard work they put into their sport,” said Pelham Racquet Club’s Chaney Mills of the players on the women’s singles draws, which includes women from 20 countries as far as Japan and Kazakhstan.

Qualifying play begins first on April 6, as players in the 64-person draw compete for eight spots in main draw play, which is set to start on April 8. The tournament continues through April 13, with various activities, giveaways and food each day.

During the week-long tournament, players are housed with local families. Mills noted that players often form lasting relationships with their host families.

“When players come back, they usually stay with the same families over the years,” Mills said. “They get attached, the girls are very appreciative.”

And players often do return year after year. Some of this year’s top seeds, such as South Carolina’s Shelby Rogers, Delaware’s Madison Brengle and Germany’s Laura Siegemund, all competed in last year’s event.

“After 11 years, we know a lot of the players, and its always exciting to see who does come back,” Mills said.

Although the tournament’s acceptance list changes daily, Mills expects the qualifying draw to be set on April 5 and the main draw to be set April 7. Draws will be available online as soon as they are completed.

Admission to the Legacy Credit Union Women’s $25,000 Pro Circuit Challenger is free and Mills encourages all those interested to “just show up” to watch professional-level tennis at the Pelham Racquet Club.

By NEAL WAGNER / Managing Editor A 22-year-old Pelham man is being held in the Shelby County Jail on a... read more