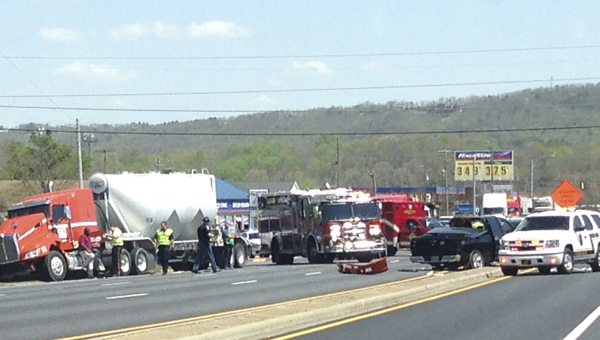 U.S. 280 westbound near Meadowlark Drive and Corporate Parkway was temporarily closed due to a car wreck April 8. (Contributed)

The drivers’ identities and details about how the crash occurred weren’t immediately available.

At 2:32 p.m., the road was cleared and reopened to regular traffic. The sheriff’s office urges motorists to continue to use caution.