HOOVER — A New York City man is being held in the Shelby County Jail on a $2.5 million bond on multiple counts of theft, forgery and illegal possession of a credit or debit card. 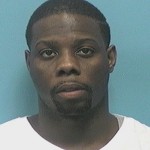 The circumstances of Clementson’s arrest were not available April 17 due to the Good Friday holiday. Clementson is scheduled to appear before Shelby County Circuit Judge Dan Reeves for his preliminary hearing at 8:30 a.m. May 7, according to court documents.

Wilsonville clinic to only provide rabies vaccinations after complaints from local veterinarian, ASBVME