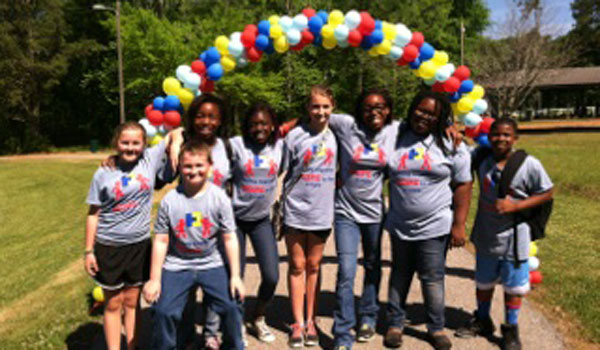 “It turned out really good,” organizer Jo Leigh Harlow said. “The kids had a good time.”

Over 40 kids from Vincent Middle School walked in the event, and a few high school students came to show their support as well.

“It was more kid oriented this time than adult oriented, which I liked,” Harlow said.

Harlow, a sixth grade teacher Vincent Middle High School, said many of her students came to support her grandson, Leighton, who was diagnosed with autism when he was just two years old.

“I wanted them to understand he’s not the only one,” Harlow said, and cited awareness as the main goal of the walk, though about $350 was raised through the walk for the Autism Society.

Though the event just ended, Harlow said she is already planning for next year.

“We just want it to be bigger and better every year,” Harlow said.

SELC statements have ‘no basis whatsoever in fact,’ according to White Rock Quarry officials

A photograph of creeks running around the site, submitted with the comments by the Southern Environmental Law Center (contributed) By... read more