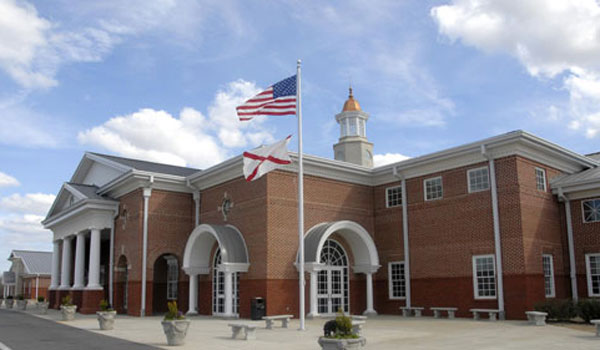 Calera High School ranked 15th among Alabama high schools according to a study by the U.S. News and World Report (contributed)

CALERA—Calera ranked 15th on the list of best Alabama high schools released recently by the U.S. News and World Report.

“We’re extremely excited about the ranking,” Calera High School Principal Richard Bishop said. “This is the result of a lot of hard work from our teachers and staff.”

The data analyzed for the report, which was gathered from the 2011-2012 school year, is based on students in the school “performing better than statistically expected for the average student in the state,” according to an article released by the U.S. News and World Report.

The study also analyzes whether the school’s least-advantaged students are performing better than the state average for similar students and utilizes data from AP and IB tests to determine the school’s college readiness index.

Calera High School’s student to teacher ration of 16 to 1 is on par with the national average, while their college readiness index, reading and math proficiency all ranked above the state average.

Bishop credited hard-working teachers and a school-wide advisement period as two contributing factors to the school’s success in the rankings.

“We have a dedicated staff that has bought into the county statement ‘every student prepared, every student a graduate,’” Bishop said.

From left, Tahireh Markert, Elizabeth Frederick, Kelly Hill and Jodie Ferguson were recognized as the 2013-2014 Students and Educators of... read more