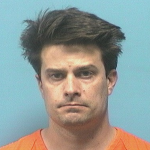 Ashley Haynes Jonas, 36, was apprehended after Helena Police received a report of rape allegations against him April 30.

“A report was made to us with allegations of rape,” Stg. Chris Rollan of the Helena Police Department said. “After investigating, we found there to be sufficient probable cause to issue a warrant.”

Jonas was transported from the Helena Jail to the Shelby County Jail on May 1, where he is currently being held under bonds totaling $120,000.

The Helena Police Department declined to release any further details about the case.

“This is an ongoing, crucial investigation,” Rollan said.

If convicted of the first-degree rape and first-degree sodomy charges, both Class-A felonies, Jonas could face up to life in prison.

Volunteers and fishing coaches taught special needs students from Jefferson and Shelby counties how to fish during the annual Gone... read more