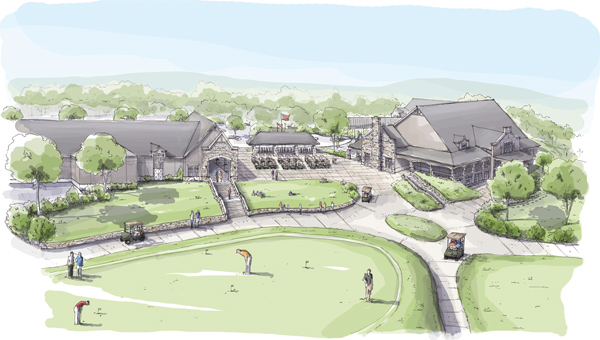 Greystone Golf & Country Club will launch a $4 million renovation this summer in preparation for the Regions Tradition in 2016. (Goodwyn Mills & Cawood)

HOOVER — Greystone Golf & Country Club will launch a $4 million renovation this summer in preparation for the Regions Tradition in 2016.

Regions Financial Corporation and the PGA Tour’s Champions Tour announced in March that the Regions Tradition, considered a major event on the tour, will relocate from Shoal Creek to Greystone Golf & Country Club in 2016, 2017 and 2018.

Greystone’s Board of Directors and Club Trustees approved three building projects that would enhance club facilities, considering the Regions Tradition and the club’s strategic plans to become a Club of Excellence. The projects were presented to club members, and votes were cast with an approval rating of 95 percent. The projects include:

Club members will not be assessed or see an increase in their capital dues as a result of the renovations. The projects will begin in July and are slated for completion by March 2016. The Regions Tradition is set for early May 2016.

“The Club membership will have new facilities that will be aesthetically attractive, spaces that are functional, and areas that address our most challenged issues,” Club General Manager Calvin Bolling said. “These areas will increase utilization and attract new families to the Club.”

Modifications to the club’s Founders Golf Course also will begin in July. The Champions Tour will make up to $500,000 in course upgrades, with completion slated for late September.

“The golf course renovations at Founders will require course closure of approximately 90 days, at which time the Legacy Golf Course will be open for play,” said Club President Jeff Clinton.

Meadow View Elementary School will serve as a host site for the USDA’s summer feeding program beginning on May 27.... read more