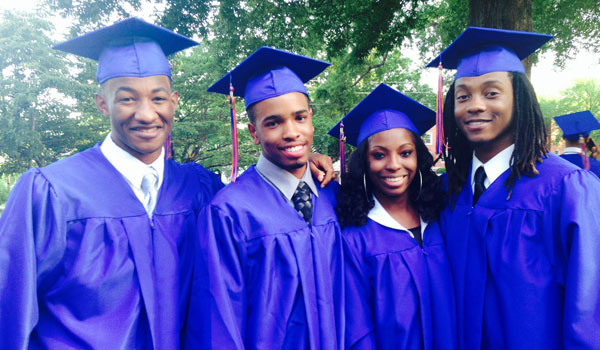 MONTEVALLO—There was a palpable air of excitement as Montevallo High School seniors walked in to Elgar’s “Pomp and Circumstance” in front of friends and family members.

“I applaud your accomplishments and look forward to your continued success,” Montevallo High School Principal Wesley Hester told the graduates.

The MHS class of 2014 honored their classmate Austin Ray Holsomback, who died on July, 28, 2013, with a special memorial in the lobby of Palmer Auditorium as well as a insert, which highlighted Austin’s legacy.

Of the 95 graduates, seven students were recognized as salutatorians, and eight were honored as valedictorians.

Ariana Falkner, a salutatorian at MHS, told her class though they would be known by many labels throughout their lives they would always be graduates, an honor that gives students a reason to “raise your head up high.”

Odalys Gallo, a valedictorian at MHS, reflected on the special memories the class of 2014 made throughout their years together.

“This is the end of one chapter of our life, but the beginning of the next one,” Gallo said.

Kirklynn Hamby, also a valedictorian at MHS, congratulated her class on the $878,000 worth of scholarships earned, and advised students to “continue to support one another” as they continue the next stage of life.

University of Montevallo professor and Montevallo Mayor Hollie Cost commended the students on their accomplishment and offered advice as the students enter the next stage of life.

“Don’t just sit there and wait,” Cost said. “Figure out what needs to be done and do it yourself.”

The University of Montevallo women’s basketball program will host a summer day camp June 2-5 along with a June Jam... read more