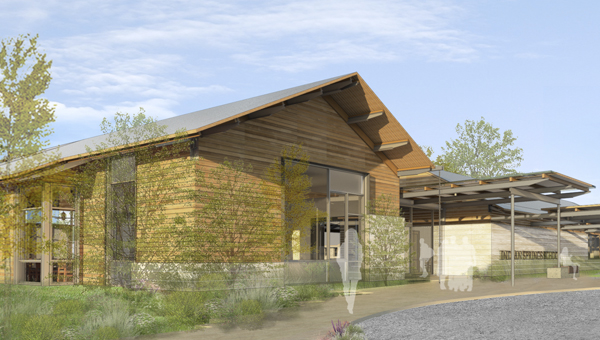 The Shelby County Commission voted unanimously May 27 to allow the Shelby County Economic and Industrial Development Authority to issue the bond for Indian Springs School and The Alabama Educational Foundation.

The bond will fund part of Indian Springs School’s $20 million capital campaign titled Campaign for Springs Eternal, the largest campaign in the school’s 62-year history. Modernized classrooms, a new dining hall and a new arts center are among the improvement projects.

Gareth Vaughan, director of Indian Springs School, said the school will use its campaign pledges to repay the bond over six years. In a previous report, Vaughan said more than 100 alumni, parents of alumni and current parents have committed about $15 million, or 75 percent of the fundraising goal.

“It’s not a project for expansion. It’s a project for bringing buildings up to date, replacing some of the things that have been there since 1952,” Vaughan told commissioners May 27.

After the commission meeting, Vaughan said the bond funding will be used to bridge the gap between starting construction and when the campaign pledges come in.

James Dedes, executive director of the Shelby County Economic and Industrial Development Authority, said the board approved the request to pursue a bond for Indian Springs School May 22.

“It’s important for economic development because, as we recruit companies, having exceptional public and private schools is an important part of the recruitment process,” Dedes said.

Vaughan said classroom construction is slated to begin this summer. For more information about the campaign, visit ISSspringseternal.org.

Shelby County High School held its graduation at the University of Montevallo on May 22. (Contributed) By PHOEBE DONALD ROBINSON... read more