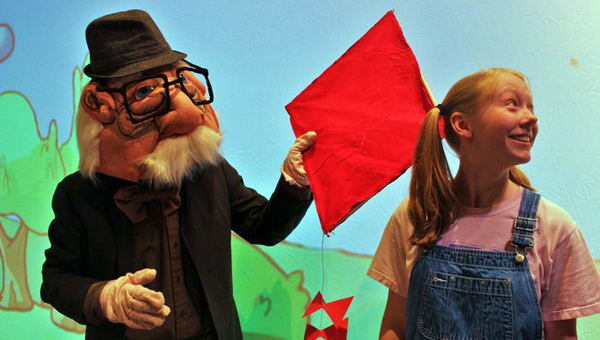 “Amelia” tells the story of a young girl who must cope with the sudden illness of a loved one, said Spain Park Theatre Instructor Eric St. John.

“And it is told without speaking. The play is performed without one word being spoken,” St. John said.

Tickets are $8 for adults, $5 for students, and may be purchased at the door or by calling 439-1465. The event also will feature a performance by local storyteller Dolores Hydock.

“Judges at the December festival called it ‘luminous,’ ‘beautifully done … sweet, fresh and unique,’ a play that ‘made me fall in love with theatre again,'” St. John said.

In January, “Amelia” was submitted for consideration to the Atlanta Fringe Festival, which is dedicated to “connecting adventurous artists with appreciative audiences” via alternative and new theatre. Spain Park has been selected as one of 20 acts from across the U.S. and Canada to perform at the festival, set for June 5-8 in Atlanta’s Little Five Points.

“For the students, it marks a step toward professional performance. It is their first time presenting a show at a festival not exclusively designed for high school theatre students,” St. John said.