An 18-year-old Birmingham man and a 23-year-old Helena man have been indicted on charges in connection with a January shooting in Montevallo and a 2013 armed robbery in Alabaster. 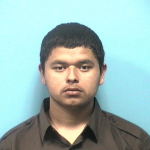 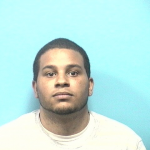 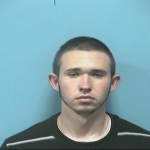 Gutierrez’ charges stemmed from a Jan. 20 shooting in Montevallo and an Oct. 31, 2013 armed robbery in Alabaster.

Laforty’s charges stemmed only from the 2013 robbery in Alabaster. He has no connection with the January shooting in Montevallo, according to court documents.

Gutierrez and Searcy were arrested by the Montevallo Police Department on Jan. 22 and charged with felony counts of first-degree assault and first-degree robbery.

During the Alabaster incident, Gutierrez, Searcy and Laforty allegedly stole marijuana from an Alabaster man while Gutierrez was armed with a revolver. No injuries were reported in the Oct. 31 incident, according to court documents.

Searcy has been charged with three counts of first-degree robbery and one count of first-degree assault. One of Searcy’s robbery charges stemmed from an alleged armed robbery at the Columbiana Sanpeggio’s Pizza restaurant on Jan. 19.

As of June 2, Searcy had not been indicted on any charges.

Gutierrez and Searcy have remained in the Shelby County Jail on bonds totaling $150,000 and $180,000, respectively, since their January arrests and Laforty was released on a $60,000 bond in March.

“The defendant has attempted through family and friends to raise the funds for bond, and has been unable to do so,” Cain wrote in a May 20 request to reduce Gutierrez’ bond.

Reeves is scheduled to make a ruling on Gutierrez’ bond during a July 7 hearing at the Shelby County Courthouse.

Farmer’s market kicks off in Montevallo

Trey Colley and Zack Smith in front of their remaining produce at the first farmer’s market of the season... read more