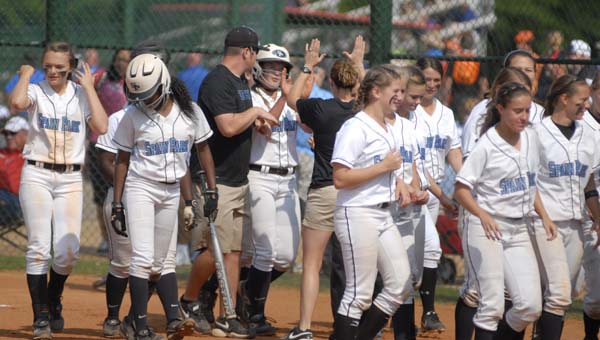 Picking an All-County team is one of the hardest things we do, but it’s a great problem to have. (FILE)

You guys are going to think I’m a broken record.

I’ve said it a million times — or at least in every column I’ve written on the subject — that there is no such thing as an easy way to put together an All-County team.

It doesn’t matter what the sport is, it’s just simply the one of if not the hardest thing I do all year. Interview a coach after getting blown out by a team that hasn’t won a game in three years? Tough, but not close. Try to run down an obscure fact or player for our football magazine? No problem in comparison. Dodge random flying object while trying not to miss a pitch and still get a picture? Piece of cake when put up against picking one of these things.

It’s borderline impossible, to be honest. And that’s a wonderful problem to have. We’re loaded in talent across the board in every sport, but the spring sports are incredibly deep.

It as an excruciating process trying to make try and sure we got this as close to accurate as possible. Taking what we saw on the field, along with coaches’ selections and statistics, we did our best to carefully piece together what we felt was the best representation of the best performers position by position for both softball and baseball.

It was hard, to say the very least.

I know going in, we probably left it up for some debate. I know not everyone is going to agree with this, but trying to decide who’s the best of the best in this county is like trying to debate which is the best national holiday: they’re all great, but all for different reasons.

It’s not a cut-and-dry process, either. Stats and recommendations are taken into considerations, along with on-field leadership as well as coming through when the team needs a huge play.

In the case of the Jon Sumner and M.K. Bonamy, both came with strong stats, recommendations, as well as the ability to make plays when needed.

It wasn’t easy picking this team, and it might leave room for debate, but as I’ve said before: it’s a great problem to have.