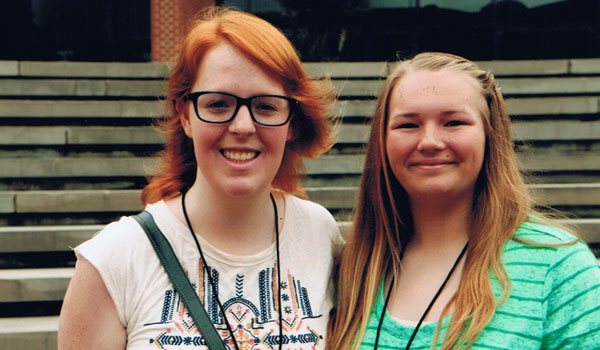 Area Civitan Clubs and Tennessee and Arkansas Farm Bureaus selected the delegates, who were instructed in the values and qualities of leadership and learned how our country has developed its leaders.

Young people attending the forum were taught about comparative economic systems and ways to defend our society and its freedoms. They heard presentations by such leaders as Dean Sikes, founder of the Spirit of America Foundation, who addressed “Discover Your Destiny,” John Foppe, a motivational speaker who spoke on “Life is an Attitude,” Dr. Jim Miller spoke on “Using Social Media for Social Good” and Pat Socia spoke on “Walking the Sexual Freedom Road,” a presentation challenging the delegates to be leaders in sexual morality and making life choices. Other presenters addressed critical issues facing the environment and agriculture, evaluated functions of being a leader and the power of choice in every aspect of life.

More than 200 young people from five states attended this year’s National Leadership Forum. Harding University, with an enrollment of over 6000, is the largest private university in Arkansas.

Vick and Ferguson are both rising juniors at Cornerstone Christian School.