Montevallo gears up for 13th annual Cars by the Creek 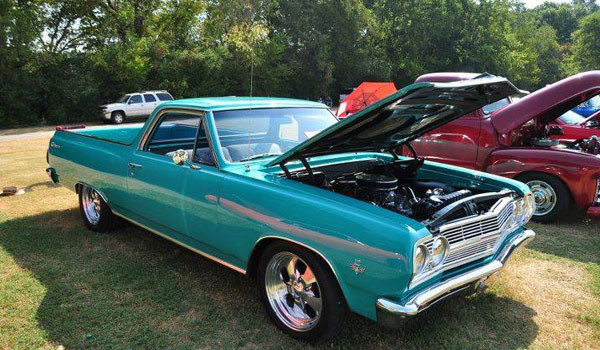 The 13th annual Cars by the Creek car show will take place at Orr Park in Montevallo on Aug. 9 (Contributed)

MONTEVALLO—Cars have always been an interest for Steve Gilbert, but it wasn’t until he purchased a 1970 Monte Carlo SS in 2000 that he really got into the hobby.

Soon after his purchase, Gilbert began attending local car shows and saw the chance to fill a need in his own town.

“I just decided we needed an event like this in Montevallo,” said Gilbert, who has organized Montevallo’s annual Cars by the Creek event with his wife for the past 13 years.

Cars by the Creek and other car shows are about more than just looking at cars, Gilbert said.

“You meet some really wonderful people,” he said. “You get the opportunity to kind of go down memory lane with people.”

Montevallo’s 3-D Dogs will serve barbeque and philly cheese steak sandwiches, Granny’s Lemonade will host a fresh-squeezed lemonade stand, The Cool Spot will sell shaved ice and Frios Gourmet Pops will be serving popsicles. Oldies music will be playing during the day, and there will be games for children.

Gilbert expects between 75 to 100 cars to be on display during the event, with makes ranging from “antique classics to hot rods to muscle cars.”

Early registration, which ends Aug. 1, is $15. Registration on the day of the event is $20. Those who register their car get a 2015 calendar featuring pictures of cars from the previous year’s show.

McKenzie Hamby will be selling raffle tickets to benefit the Juvenile Diabetes Research Foundation and some of the money raised from the event will benefit the non-profit organization as well, Gilbert said.

The show serves as a “cool way to look at where we’ve been and where we are now,” said Gilbert, as well as a time for the community to come together.

For early registration or to learn more about the event, contact Gilbert at 960-8587 or visit Facebook.com/carsbythecreekshow.

Columbiana United Methodist will host a movie night on the second Sunday of each month, beginning Aug. 10 at 5:30... read more