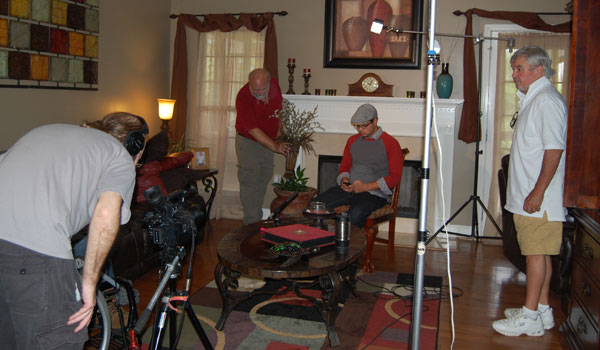 CALERA—For Calera High School junior Alex Miller, the watershed moment of his recent trip to Hondurus was when he helped fit a man with a prosthetic leg.

“They were trying to fit multiple amputees at once,” Miller explained. “I put my arm around that man and helped him walk.”

Miller was part of a group of seven engineering students from Brian Copes’ engineering class at Calera High School who went to Hondurus in late June with four chaperones and film crew to provide additional supplies they designed and created throughout the school year.

The class brought various pieces of equipment, including a hydroelectric power plant, 20 prosthetics and a basic utility vehicle (BUV) to be used as a school bus.

“It was fun, definitely life-changing just seeing how everything was down there, helping people and giving people new legs,” Miller said.

For junior Evan Majewski, finishing the BUV was one of the most rewarding moments of the trip.

“Everybody hopped on and they just took off,” he said, noting about 20 people were riding the vehicle.

“We were at the clinic, and a mom pointed at her daughter’s feet and asked for shoes,” Amy Copes said.

“I didn’t realize just how poor they really were,” Amy Copes said. “They were so excited (to receive the shoes).”

This is not the first trip for students at Calera High School: The class’ efforts in 2013 were recorded in the documentary “Children Changing the World,” and production company Magnolialand Entertainment will be making a sequel documentary chronicling this year’s trip, according to film producer James Chambliss.

“We have not officially titled the documentary, but it will follow the same line of children, what they’ve done, and what they are going to do,” Chambliss said. “The story is about the students, but also about the projects.”

Chambliss said the film will also focus on how the projects and the class are preparing students to enter the workforce.

“What we’re trying to do here is show people students can be prepared,” Chambliss said. “These Alabama students can come out of high school with an education that’s ready to go into the field. They have an idea of what a manufactured product is.”

By NEAL WAGNER / Managing Editor COLUMBIANA – A 29-year-old Fairfield woman who has been charged with shooting and killing... read more