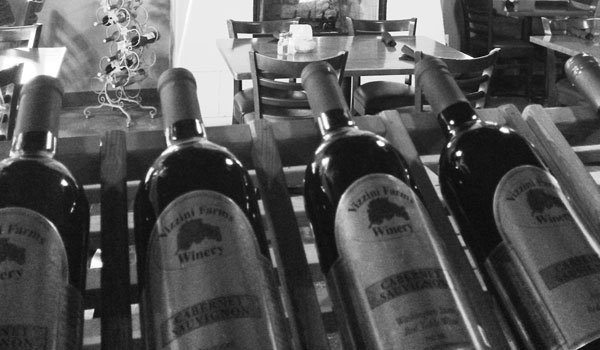 The winemakers dinner at Vizzini Farms Winery will be held Aug. 23. (File)

CALERA—Vizzini Farms Winery will hold a three-course winemakers dinner on Aug. 23, with reservations starting at 6 p.m.

The event will feature live music, with indoor and outdoor areas as well as an open solarium, said Whitney Maske, a server at the winery.

“Everybody can come out and have a good time,” Maske said. “There will be great food, great wine and just a great spot to be.”

The dinner will feature the winery’s popular Reserve Cabernet Sauvignon, a dry, oaky red wine, but all of the winery’s varieties will be available by the bottle or the glass during the event.

“The Cabernet reserve has been sitting in oak barrels,” Maske said. “We’ve already sold so many bottles.”

Baked eggplant parmesan and baked artichoke will be the appetizers for the dinner, with three entrée choices all served with a salad and a cheesecake with blueberries and raspberries for dessert. All of the entrees include a suggested wine pairing.

The dinner is $35 per person, and there are approximately “20 or 30 more spots” available, Maske said.