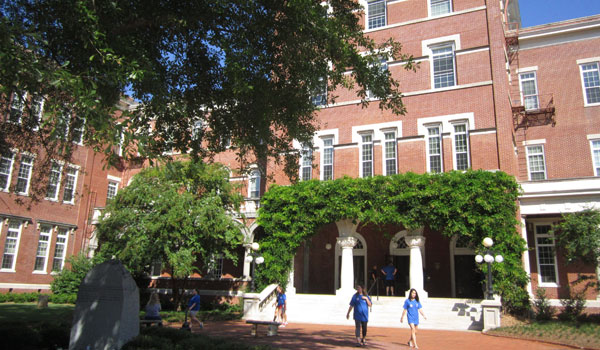 Angela Kelly, director of the career development center, greeted parents and students as they drove up and directed the cars to the correct areas.

“This is my third year doing move-in,” Kelly said. “We just try to keep people moving.”

In front of Main Hall, the biggest women’s residence hall on campus and home to a large majority of incoming freshman, Evan Chandler with Jamm Entertainment played Top 40 hits and Alan Tanner with Regions Bank handed out water to volunteers and parents.

Karla and Sarah Birdsong, who were both volunteering with Montevallo First Baptist Church, said it was their second year to aid freshman as they move in.

“It’s going great, but it’s hot,” Karla Birdsong said. “Another guy in our group has carried about 20 refridgerators.”

University of Montevallo Junior Cody Bennett volunteered with his fraternity, AKL, and said he decided to volunteer because his mother works on campus and his fraternity brothers were also joining the effort.

For Britt Terrell, an incoming freshman from Montgomery who plans to study art at the university, the help was invaluable.

“They moved everything, I didn’t really move anything,” Terrell said.

Terrell chose to attend the University of Montevallo after touring a number of schools and being drawn to the beautiful, Southern gothic campus.

“I toured a bunch of schools, but I just kind of fell in love with (the University of Montevallo),” Terrell said. 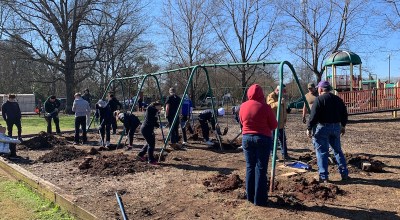