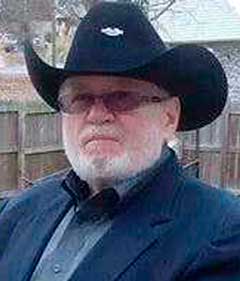 John Keith Matyi was brought into this earthly life on July 26, 1946. He was raised in Bridgeport, Connecticut. After a life of service to his country, fellow Veterans and family, he left us September 1, 2014. He is survived by his devoted wife, Dotti Matyi, his daughters Cheryl (Ed) Moore and Alicia (Grant) Matyi and his three beloved granddaughters and two grandsons. John was a lover of many things including his Country, his family and his German Shepherds. He remained a Patriot to the end.

John served his country in the U.S. Army in Vietnam. He was a decorated War Hero, receiving both the Purple Heart and the Bronze Star for his bravery and courage in the face of Enemy fire.

A Military Service with honors was held in the Alabama National Cemetery in Montevallo on Thursday, September 4, 2014 at 2 P.M. In lieu of flowers the family is asking for donations to be made to the humane society in his honor.

“So I would say God hates War but loves every soldier.” (Rick Warren)

Rest in Peace Soldier. Job Well Done. The Battle is Over.

The new entrance at Montevallo Elementary School showcases some of the structural safety improvements completed under the Safe Schools Initiative.... read more