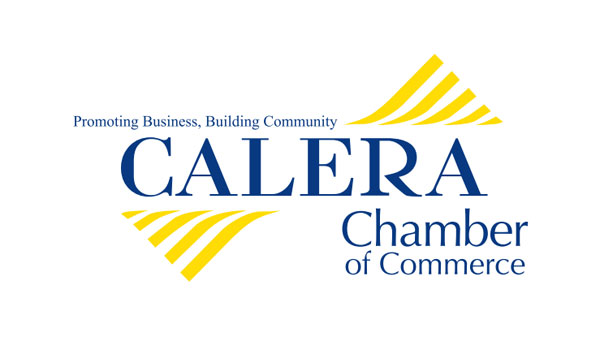 “We’re very, very excited about them,” Stanley said. “It’s more in line of what the chamber is looking to do in the future.”

The logos, designed by Stephanie Busby with American Solutions for Business, will be used by the chamber for branding purposes. One logo, featuring an eagle—the mascot for Calera High School—will be used for the Calera Junior Chamber. The logo for the Calera Chamber of Commerce features a “wave,” Stanley said.

“We’re going through a transition time, and we want to make sure we’re revamping the chamber and getting it in line more with the times we live in and making sure that going forward it can represent the businesses and community in Calera,” Stanley said.

The new logo will be featured on the stickers given to businesses in the community, as well as other chamber materials.

“(This logo) is more in line with what the chamber is looking to do in the future,” Stanley said.