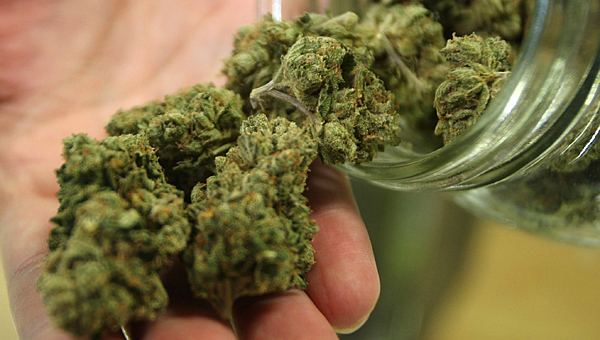 ALABASTER – An anonymous survey recently taken by students in Shelby County schools revealed most students “perceive no great risk of harm from smoking marijuana,” and also indicated some students began smoking pot when they were as young as 13 years old.

The Shelby County School System recently administered the anonymous PRIDE Survey to students in seventh, ninth and 11th grades to gauge their experience with everything from bullying to alcohol and drug use.

Shelby County Schools Student Services Coordinator David Calhoun revealed the findings of the survey during a Sept. 18 county Drug Free Coalition meeting in Alabaster, and said the results did not vary much from the past few years.

“I think it validates and confirms what we all know to be true,” Calhoun told the Coalition members. “What concerns me is some of the students who reported using alcohol did it when they were 10 or younger.”

Of students who reported using alcohol, smoking cigarettes or marijuana or abusing prescription drugs, most reported doing so at their home, at a friend’s home or on the weekends when parental supervision was lacking.

“How we think about things is molded and shaped by how we think our parents feel about those things,” Calhoun said. “This is a good opportunity to stress the importance of good decisions and the dangers of using these types of substances.”