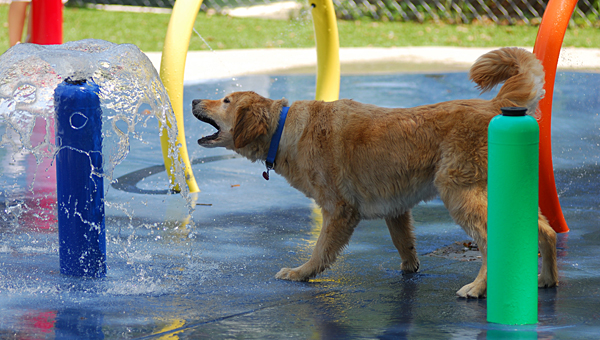 Alabaster is funding an updated comprehensive plan for the city, taking into account recent developments such as the Beneful Dream Dog Park. (File)

ALABASTER – Alabaster leaders are looking to lay out an updated plan for the city’s future over the next several months, as the City Council agreed to fund a new comprehensive plan during a Sept. 25 meeting.

During the meeting, the council voted unanimously to pay $34,500 to match $172,000 in Regional Planning Commission of Greater Birmingham to fund a new comprehensive plan for the city.

The city’s current comprehensive plan was formed nine years ago, and does not reflect “current development, goals and visions of the community,” according to the resolution passed by the council.

The Regional Planning Commission will work over the next nine to 12 months to formulate the plan, which will project future population and employment changes for the city, and will project future housing and retail market growth, RPC representative Darrell Howard told council members during a pre-meeting work session.

Howard said the comprehensive plan will outline plans for the city’s “Medical Mile” on U.S. 31 near Shelby Baptist Medical Center, plans to beautify and preserve the old Siluria community near Alabaster City Hall and plans to better the city’s roads over the next several years.

“We will look at your markets for residential and retail,” Howard said. “Instead of having your city growing uncontrollably, we will be able to set boundaries of where you want to go. You will be able to maintain your services better this way.”

“It helps us develop and market the city to people who want to build businesses or subdivisions here,” Walters said. “We can reference it when we’re deciding on developments in the future.”

“Cities that have these documents have an easier time securing federal funding,” Howard said.

Over the next several weeks, the city will work with the RPC to put together a steering committee, which will work to set up public hearings to gather input from the city’s residents on the plan.