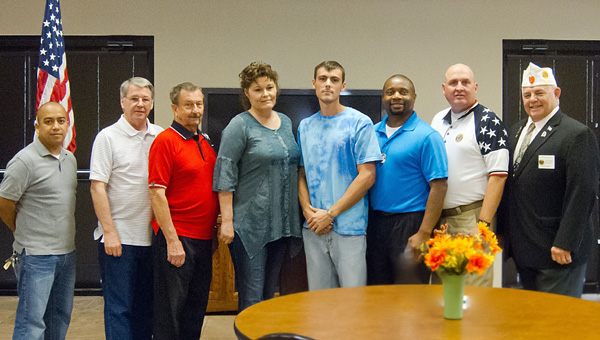 PELHAM—It may be new, but Pelham’s American Legion Post 555 is poised and ready to make a difference in the community.

After just two organizational meetings, Post 555 already has 31 members and is working on ways to give back, Commander Barry Blount said.

“We’re giving back for all the love and support people have shown us,” Blount said. “We’re going to be a strong advocate for our youth.”

Post 555’s primary focus is on student programs, Blount said. The American Legion aims to teach students about the government, the founding documents and rights of citizens through educational programs such as Girls’ and Boys’ State, which instructs high school students on government operations at the local, state and national levels.

“We’re just trying to educate our youth, so down the road they’ll understand it all,” Blount said. “It is so important. As veterans, that’s what we fought for.”

“Our community has a ton of wealth in knowledge and abilities,” Blount said. “(We want) to help (the students) develop the confidence in themselves…we’re getting exposure for these kids and motivation for them that they can do it.”

American Legion Post 555 was dedicated as the Matthew Blount Post 555, in memory of Blount’s son, an Army veteran who died in 2012 after a lengthily battle with cancer. Blount said the new Pelham post embodies his son’s giving spirit.

“I am so proud the members of the post named the post after him,” Blount said. “I’m a very proud part of the American Legion post.”

American Legion Post 555 meets the first Thursday of each month at the Pelham Senior Center at 7 p.m.

Alabaster agreed to give its employees 10-and-a-half days of vacation during a Sept. 25 meeting. (File) By NEAL WAGNER /... read more