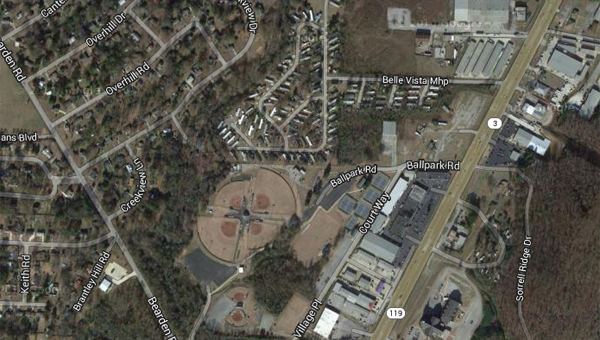 The Pelham City Council is working with the Regional Planning Commission of Greater Birmingham to create a plan for walking trails and greenways in Pelham City Park. (Contributed)

PELHAM—Pelham City Park is getting a makeover. The City Council has started the project of creating a master plan for the park and residents can expect to see results as soon as next fall, City Council President Rick Hayes said.

“It’s a massive opportunity for the city and a wonderful possibility,” Hayes said of the park design project, which will incorporate both community and commercial elements to make the park a “core component of our city.”

The vision for the upgraded Pelham City Park includes seven additional properties, two donated parcels near Bearden Road and five parcels near U.S. 31, and facilities such as at new public library building, an all inclusive playground, walking trails, shops and restaurants.

“It’s a jigsaw puzzle to put together,” Hayes said of the project, noting its scope and many components. “We’ve got to pull in outside help from the (Regional Planning Commission of Greater Birmingham).”

The Pelham City Council approved an agreement with the RPC to participate in the Advanced Planning Program and Logical Engineering Program. Through the program, the RPC will work with Pelham to create a plan for walking trails and greenways in the park.

“We think the plan will take six to nine months (to complete),” Hayes said, adding work and progress on the park could be seen “early next fall.”

The city is also looking into participating in the RPC’s Building Communities program, which will focus on creating a master plan for the park as “a core component of our city,” Hayes said.

One of the first steps in this process is transitioning the land along U.S. 31, including the Belle Vista Mobile Home Park. Purchased by the city in 2011, the mobile home park currently includes roughly 145 lots and 138 units.

During an Oct. 6 work session, the City Council discussed a timeline to transition the land for incorporation into the park by August 2015. Although nothing has been approved, the Council considered not allowing lease terms in the mobile home park to extend past July 2015.

“It’s just so critical for us to work with our residents,” Hayes said, noting the council wants to give residents an “appropriate amount of time” to plan.

By NEAL WAGNER / Managing Editor Victims of violent crimes will face fewer uncertainties when the offenders who harmed them... read more