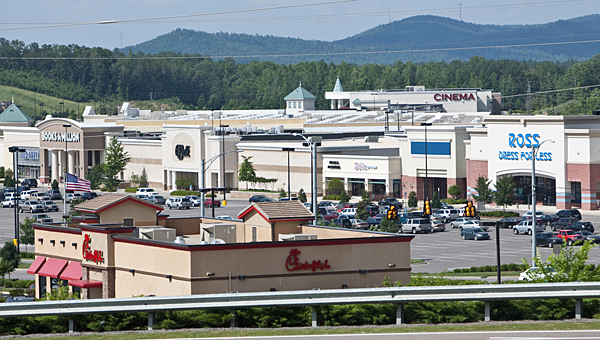 Livability.com named Alabaster the best city in the nation for Conservatives on Oct. 21. (File)

A national website has named Alabaster as the “Best city for conservatives” in the nation, citing the city’s “commitment to being fiscally conservative” and its residents’ willingness to support conservative political candidates.

Livability.com released its list of the best city for conservatives in the nation on Oct. 21, and ranked Alabaster at the top of the list.

“The last time a Republican presidential candidate lost the vote in Alabaster was in 1968, when most of Alabama voters backed Governor George Wallace, who ran as a Democrat,” read Alabaster’s entry on the list. “Alabaster is the home of Alabama Sen. Cam Ward, a Republican who some political observers predict will run for governor.”

Ward said he was “flattered” to be mentioned in the list, but was quick to shine the spotlight on Alabaster’s municipal leadership.

“I think this speaks volumes about the style of government we have here in Alabaster,” Ward, R-Alabaster, said during an Oct. 21 interview. “I’m glad to be mentioned on the list, but I think it says more about what the city has done on a local level.”

“It most recently passed a spending budget that would increase the city’s fund balance by $400,000 based on revenue projects,” read the list.

“Spencer Bachus, a rank-and-file Republican according to GovTrack, represents Alabama’s 6th Congressional District, which includes Alabaster,” read the city’s entry. “Bachus was elected to the U.S. House of Representatives in 1992. The American Conservative Union gave Bachus a lifetime rating of 92, indicating a consistent conservative voting record.”

According to the Livability list, residents in Alabaster are likely to “drive a Cadillac, eat at Chic-fil-A, shop at Sam’s Club, watch ‘The Bachelorette’ and read ‘Good Housekeeping.’”

Daniel Glass Calera Daniel Glass, age 77, of Calera, Ala. passed away on Saturday, Oct. 18. The graveside service was... read more