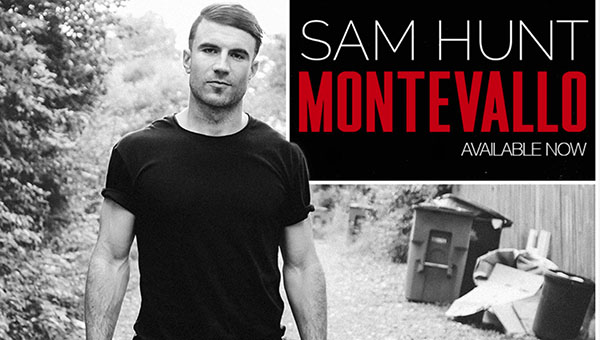 Sam Hunt’s new album “Montevallo,” is based off the name of the Shelby County town that has influenced Hunt the past couple of years. (Contributed)

MONTEVALLO–Rising country music star Sam Hunt has burst onto the music scene recently and has made a Shelby County connection along the way as his debut album “Montevallo,” was released Monday, Oct. 27.

Hunt grew up in Cedartown, GA and is the former starting quarterback for the UAB Blazers. Hunt was invited to NFL training camp for the Kansas City Chiefs but ultimately decided to pursue a career in music.

According to Hunt’s biography on his official website, Hunt describes the decision to name the album Montevallo and the meaning behind it.

“As for the album’s title, Montevallo is the name of a small Alabama town where Hunt often retreated these past few years, to visit friends and escape from the pressures of starting a new career in Nashville. He also points out, however, that the word means “mountains and valleys” in Spanish—which, he says, “feels about right, too.”

Hunt’s hit single “Leave the Night On” has become a gold-selling track and is currently up to No. 21 on the iTunes top songs chart. His new album consists of nine other songs that are gathering attention as well.

Hunt has also made a name for himself after co-writing hit songs for artists Kenny Chesney, Keith Urban and Billy Currington.

Chesney’s song “Come Over” climbed to a number-one hit and the songs “Cop Car” and “We are Tonight” by Urban and Currington also made it to the top of the charts.

There was another reason behind Hunt’s decision to name the album Montevallo as Hunt explained in an interview with E! Online.

“I didn’t actually live in that town,” Hunt said. “I had never visited Montevallo, but right before I left to go to Nashville I met a girl from there. A lot of the experiences I had with her and the relationship I had with her, that inspired a lot of the songwriting on the album.”

Hunt is set to perform this Saturday, Nov. 1 in front of a sold out crowd at Birmingham’s Iron City.