Burnett out as PHS football coach 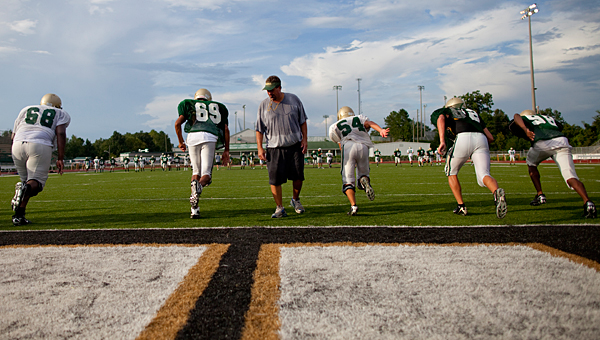 PELHAM – Pelham High School head football coach Brett Burnett has been terminated from the position after 10 seasons at the helm of the Panthers, ending his tenure at the school with a 53-55 record.

Burnett’s final game with the Panthers came on Oct. 30, when Pelham fell to the Gardendale Rockets 55-38 to end the 2014 season with a 3-7 record. This season marked Pelham’s first since the school’s enrollment was halved by the opening of Helena High School.

During a Nov. 2 interview, Burnett said he was terminated from the head coaching job during an Oct. 31 meeting with the school’s administrators. He said he plans to continue teaching at the school “at least through the end of the year,” and said he delivered the news to his players on Nov. 3

“I’ve never been in this situation before. It’s uncharted territory,” said Burnett, who came to Pelham in March 2005 from Elizabethtown (Ky.) High School. “God has a plan. We just may not know what it is, but he’s got a plan.

“We’ve enjoyed our time here. There are a lot of good folks,” Burnett added.

On Nov. 2, Rhoades declined to comment on the matter, or to lay out a timeline or process for naming the school’s next football coach.