Woman charged with stealing from 87-year-old

HOOVER – A 23-year-old Bessemer woman has been arrested by the Hoover Police Department after she allegedly stole checks from an 87-year-old resident in a Shelby County assisted living home facility. 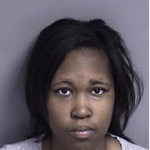 Police arrested Dudley in Bessemer after an 87-year-old man who resides at the Ridge View at Meadowbrook assisted living facility on Corporate Ridge Road reported his checkbook was stolen in mid-October.

Dudley was booked into the Shelby County Jail on bonds totaling $75,000 on Nov. 5.

The Thompson high and middle school bowling teams will use Pelham’s Oak Mountain Lanes as their home venue. (Contributed) By... read more