TUSCALOOSA — The scoreboard doesn’t show it, but the Montevallo Falcons gave the University of Alabama Crimson Tide all they could handle in an 81-67 loss in Coleman Coliseum on Nov. 10.

It didn’t start out pretty for the Falcons, as the Crimson Tide opened up a 13-2 lead early in the first half. The Falcons countered with a 10-2 run, led by Ibrahim Johnson’s six points. Montevallo cut the lead to 15-14 on a pair of Troran Brown free throws, but the Crimson Tide quickly opened a 21-14 lead.

Up 23-17, Alabama extended its lead to 26-17 on a Dakota Slaughter three-pointer before Montevallo went on an offensive run. Brown’s three-pointer kicked off the run and added another two on a breakaway layup to cut the lead to 26-22.

After another Alabama run extended the lead to 35-22, the Falcons began to once again chisel away at the lead. Shykeem Jackson drilled back-to-back threes to slice into the Crimson Tide lead, and after basket by the home squad, Brown once again sank a three to cut the lead to 37-31 late in the half. A 4-2 Alabama run followed, and the Crimson Tide took a 41-33 lead into the half.

Alabama maintained a 10-point lead early in the second half, until the Montevallo shooters began to get hot. Brown pulled up for another three as Johnson and Malik Fields added a basket apiece to cut the lead to 46-43 in favor of Alabama.

Again Alabama tried to put Montevallo away and again the Falcons refused to go quietly. After Ryan May brought the Falcons to within three at 49-46, Slaughter and Justin Coleman, along with Levi Randolph and Riley Morris boosted the Tide to a 59-48 lead.

May responded with back-to-back threes and Fields added a bucket as the Tide began to take to the charity stripe to extend their lead to 66-59.

Larry Slaughter cut the lead to 66-60 with a free throw, and the Falcons began to turn up the heat on the home team.

A Brown three-pointer cut the lead to three with 2:17 left in the contest, but the Tide made use of the free throw line down the stretch to take a 81-67 win.

Brown paced all players with 24 points, five assists and four steals, while May had 12 and Jackson had eight.

The Falcons now move on to a road trip in Puerto Rico to start the 2014-2015 regular season. 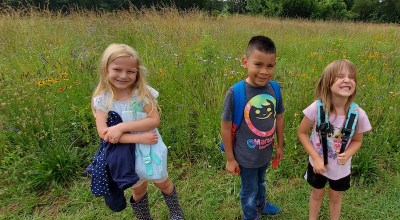