MONTEVALLO–After more than two years of discussion and plans to construct a new city hall, an official vote may be coming as soon as the next Montevallo City Council meeting on Nov. 24. 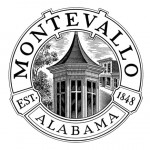 The Montevallo City Council is set to vote on Nov. 24 to decide on building a new city hall. (File)

Estimates for the construction plan of the new city hall came out at roughly $1.4 million by Williford Orman Construction, who was awarded the low bid for the job.

When the construction of the new city hall was discussed at the Monday, Nov. 10, City Council meeting, the main area of concern for some of the council members was about the budget, and ensuring that the city stays within it.

“I don’t have an answer to why I want to wait, but can we wait two more weeks or the next council meeting before we make a decision?” Councilman Rusty Nix said. “It’s a lot of money and I’m just not quite ready to pull the trigger.”

There is a three-way partnership between the city, the University of Montevallo and Shelby County government and on Monday night, the council approved a transfer of nearly $385,000 from its sanitation reserve fund to its general fund reserve after determining the city has paid expenses from the wrong account.

After the council meeting, Montevallo Mayor Hollie Cost clarified why the transfer was made.

Council members have expressed interest in the past several months in building a new city hall due to roof leaks and limited space within the building to name just a few of the problems.

FROM STAFF REPORTS MONTEVALLO–UM Theatre will present Cabaret for the first time in more than a decade Thursday, Nov. 13,... read more