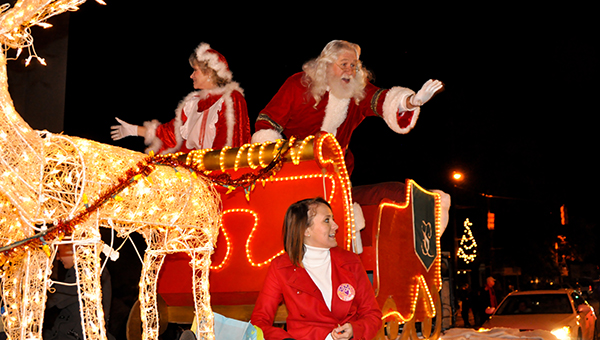 The annual Montevallo Holiday Parade is scheduled for Nov. 20 at 6 p.m. (Contributed)

MONTEVALLO—Montevallo’s Annual Holiday Parade will kick off the Christmas season on Nov. 20 at 6 p.m. The parade, featuring floats and marchers representing several community groups will be held on Main Street.

The University of Montevallo is this year’s presenting sponsor. UM’s mascot Freddie Falcon will serve as Grand Marshal, joined by the Montevallo Bulldog, Sparky the Fire Dog, Ronald McDonald, and the Birmingham Barons’ Babe Ruff.

“Dollar” Bill Lawson of 102.5 the Bull will serve as the Master of Ceremonies.

After the parade, Montevallo Elementary School’s PTO will host an arts and crafts Christmas Bazaar at the school from 6 to 8:30 p.m. Santa will pose for pictures at the school and all are welcome to take pictures with Santa with their own cameras.