CHELSEA – A 27-year-old Chelsea man has been charged with felony domestic violence after he allegedly stabbed and severely injured a victim in what the Shelby County Sheriff’s Office said appears to be a domestic assault. 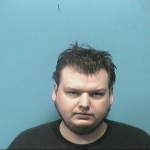 The Shelby County Sheriff’s Office arrested Kenneth Andrew Andress, who lists an address in the 400 block of Shelby County 335, on Nov. 14 and charged him with one count of first-degree domestic violence.

Andress’ arrest came after a victim was airlifted to the hospital on the night of Nov. 14 after the victim was stabbed multiple times. At 6:50 p.m. on Nov. 14, Shelby County 911 received a call of a stabbing at a residence in the 400 block of Shelby County Highway 335 in Chelsea.

Shelby County Sheriff’s deputies and Chelsea Fire and Rescue arrived and located the victim and the suspect.

The victim was treated for multiple stab wounds at the scene and flown by Lifesaver to a local hospital.

Andress was taken into custody without further incident, according to a sheriff’s office press release. As of Nov. 17, the victim was still hospitalized and recovering from the incident.

“The preliminary investigation points to a domestic assault,” read the press release issued a few hours after the incident.

First-degree domestic violence is a Class A felony. If convicted, Andress could face up to life in prison.