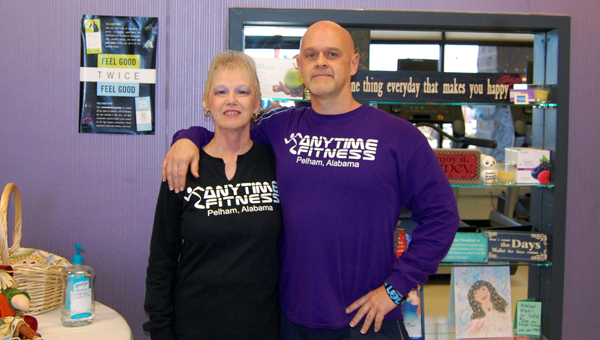 PELHAM—Christmas is in the air at Anytime Fitness in Pelham. Gym members came together this holiday season to bring Christmas to two children who otherwise wouldn’t have received gifts this year.

Gym manager Don Sapp and his mother Millie Sapp-Burris suggested the idea to raise money to purchase Christmas gifts for a needy child to gym members in early November. The response was impressive, Sapp-Burris said.

“As a group, we want to sponsor our community… we have this need right here,” Burris said. “We’re a very close-knit gym. We try to do a ministry as much as we can.”

Sapp-Burris said she is proud of the compassion and charity exhibited by the Anytime Fitness members, who she considers her “fit family.”

“I wanted my people to know how proud I am,” Sapp-Burris said. “They have just bent over backwards… they opened their hearts and their pockets.”

In total, the Anytime Fitness community raised nearly $500 to sponsor the two children. Encouraged by the success of this year’s experience, Sapp-Burris said she and her son “definitely” plan to raise money to bring Christmas to local children again next year.

“We will definitely do this again next year,” Sapp-Burris said. “God blesses me every day. We just wanted to share whatever we all had.”