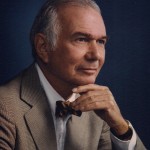 The $2 million gift is among the largest in the school’s history and will be used for the completion of a new academic center in celebration of the Kayser family’s “warm and generations-long relationship” with ISS, a news release from the school stated.

The Leo Kayser Jr. Academic Center will be located at the heart of campus and house the school’s academic and college advising offices, technology center, library and research services. The building will feature an open-air gathering porch overlooking the ISS lake.

Part of the school’s $20 million capital campaign, Campaign for Springs Eternal, the center and 18 new classrooms will open in August 2015.

“This extraordinary gift is a momentous occasion for Indian Springs School,” ISS Director Gareth Vaughan wrote in a news release. “It represents the deep commitment that our devoted alumni and alumni parents make to the school as well as the lifelong love that ISS families carry with them long after graduation. We are grateful to the Kayser-Strauss family for choosing to honor the memory of their father by investing in the future of Indian Springs.”

Leo Kayser Jr. served on the ISS Board from 1970 to 1973. He served his country during World War II as an officer in the Army Air Corps. Known for his optimism and generosity, he headed investment banking at Kayser and Company for 60 years. He died in October 2013 at age 95.

“Indian Springs School has been important to the Kayser family for more than 55 years,” Leo Kayser III wrote. “Our father, who supported the school as an active parent, grandparent and board member, held the school in extremely high regard and we are delighted to be able to honor his memory with what we believe is a fitting tribute to the warm and generations-long relationship between ISS and the Kayser family.”

The $2 million gift brings the Campaign for Springs Eternal to $18 million. Vaughan, ISS trustees and administrators will formally announce and celebrate the new academic center at a gathering hosted by Leo Kayser III in early December at The Yale Club of New York City.

Students in the Forest Oaks Book Club hold up their copies of “The World According to Humphrey” during a celebration... read more